As per recent reports, veteran industrialist Ratan Tata, former Supreme Court judge KT Thomas and former deputy Lok Sabha speaker Kariya Munda have been nominated as the trustees of the PM CARES Fund. KT Thomas attended the meeting online. The meeting was conducted in English as being south Indian, he does not understand Hindi. The honorable Prime Minster Narendra Modi chaired the meeting of the Board of Trustees of the PM CARE FUND. The meeting was also attended by Union Home Minister Amit Shah and Union Finance Minister Nirmala Sitharaman. Both Amit Shah and Nirmala Sitharaman are the trustees of PM Cares Fund.

The trust also decided to nominate other eminent persons for the constitution of the Advisory Board to the PM CARES FUND. These personalities include Rajiv Mehrishi, Sudha Murthy, and Anand Shah. Rajiv Mehrishi is the former controller and auditor general of India. Sudha Murthy is the former chairperson of Infosys Foundation. Anand Shah is the co-founder of Teach for India and the former CEO of Indicorps and Piramal Foundation.

The PM Care Fund was created during the Covid -19 pandemic with the primary objective of the fund to deal with any kind of emergency or distress situation like the one posed by the pandemic and to provide relief to the affected individuals. The fund also consists entirely of voluntary contributions from individuals/organizations and does not get any budgetary support. The honorable Prime Minister said that the appointment of new Trustees and advisors would provide wider perspectives on the functioning of the PM CARES Fund. He highlighted that their vast experience of public life would impart further vigor in making the fund more responsive to various public needs.

Also, it is to be noted that donations to the PM CARES Fund would also qualify for 80G benefits for a 100% exemption under the Income Tax Act. As per the Centre’s data, a total of INR 7031 crore had been collected under PM CARES Fund between 2020-2021.

Prime Minister is also the ex-official chairman of the PM CARES Fund and the Minister of Defence, Minster of Home Affairs, and Minister of Finance. 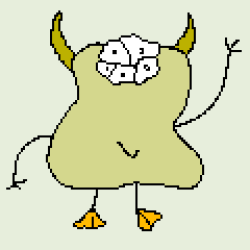 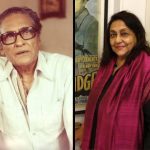 Magnitude 7.6 earthquake shakes Mexico. On Tuesday, September 19th, an earthquake with a magnitude of 7.6 struck off the coast of Mexico. The quake was […]

Krafton creating a new game to replace BGMI amid the ban in India?

Krafton creating a new game to replace BGMI amid the ban in India? There has been a long wait for Battlegrounds Mobile India to unban. […]