The Brazilian esports team LOUD defeated North America’s OpTic Gaming in the capstone event of the 2022 Valorant Champions Tour on Sunday. They secured the victory in front of an audience of millions. It is the first victory for LOUD on the international stage. It was a treat for the fans and the grand final lived up to its name. It was a thriller at the Volkswagen Arena in Istanbul. LOUD defeated OpTic by a margin of 3-1. It had multiple maps going into overtime.

LOUD players were visibly very emotional and were wiping away tears as they stood up from their desks. They were yanking off their headsets and in-ear headphones. It was an emotional moment for them.

They were overwhelmed by the moment. One of the players, Matias said he had no words to describe the feeling and it’s amazing. He felt very happy to be cheered by the fans in the arena. LOUD would take $300,000 as the winner’s prize. OpTic would get $150,000. South Korea’s DRX was the third-place team and they would get $110,000. The final event was a good representation of the esports global reach. The final four positions teams were from North America, Brazil, South Korea, and Europe. Valorant is basically a 5 –v-5 first-person shooter again in which teams do compete to be the first to win 13 rounds.

There is a huge following for the game. The game’s developer, Riot Games announced in April that the game had attained 15 million monthly players.

Twitch is a live streaming platform which is owned by Amazon. On Twitch, Valorant is among the most watched games. The title release of the game was done at the beginning of the pandemic. This most likely contributed to its success. The video game industry had seen a huge boost in audience interest and engagement as people have increasingly stayed indoors.

The viewership of the grand final was just under 1.5 million. These are not including the Chinese platform. This was a new record for the “Valorant” esports viewership. Last year’s final had just over 1 million viewers. 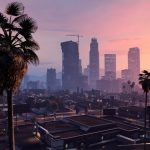 GTA 6 leak of 90 Gameplay Videos There was huge trouble over at Rockstar this morning. It has been reported that a huge amount of […]

Overwatch 2 game launch After almost six years, Overwatch would be shutting down, and in its place, there will be a shiny new sequel, Overwatch […]

Krafton creating a new game to replace BGMI amid the ban in India?

Krafton creating a new game to replace BGMI amid the ban in India? There has been a long wait for Battlegrounds Mobile India to unban. […]