The audience wonders if Blue Blood season 13 will be premiered on CBS tonight. The important thing to note is that Tom Selleck’s dram has often premiered the same week as most of the other network’s shows, so it would have made sense that it would have done today again. But unfortunately, it won’t happen this time around. It will not be airing tonight or even next week. Season 13 of the show will be premiered on October 7, Friday where the show will air alongside SWAT and a new show, Fire Country, which will bridge the gap between the two.

Also, note that there are a lot of big stories coming up, including one or two that was set up by the end of season 12.

For the fans of Blue Blood, the Friday night visit with NYPD commissioner Frank Regan and his family is a must-do. In the hit drama’s 13th season, the audience can expect a slightly more amped-up menu with a severe run for Manhattan DA by Erin Reagan and a hush-hush position in the PD’s intelligence Unit for Sgt Jamie Reagan, and some soul searching by both Det.

Danny Reagan and the PC himself. Just like her dad before her in the police department, Erin seeks the city’s top prosecutor position to improve the system. She is currently unhappy with the direction of the district attorney’s office under current DA Kimberly Crawford, and she wants to campaign against Crawford’s support for booking and quickly releasing then folks which Erin considers dangerous.

She understands the police’s frustration but knows she will have to thread the needle and not appear as a pawn to either side. On the other hand, her younger brother Jamie who had traded a legal career for police blues in the first season, had to give up his hard-won sergeant’s uniform. He got transferred to the Intelligence Unit when the new captain arrived. The new captain insists that as a married couple, Jamie or his wife Eddie must leave her precinct. The new season appears to be very interesting. 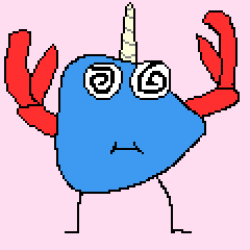 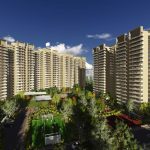 Is Joseph Baena Dating? Who is his girlfriend?

According to some news reporters: Dancing with the stars is a dance reality series by Disney+ with a unique premise. The show allows several Dancing […]

‘Fly Away With Me’ Hallmark Free Stream: Watch Live or Later